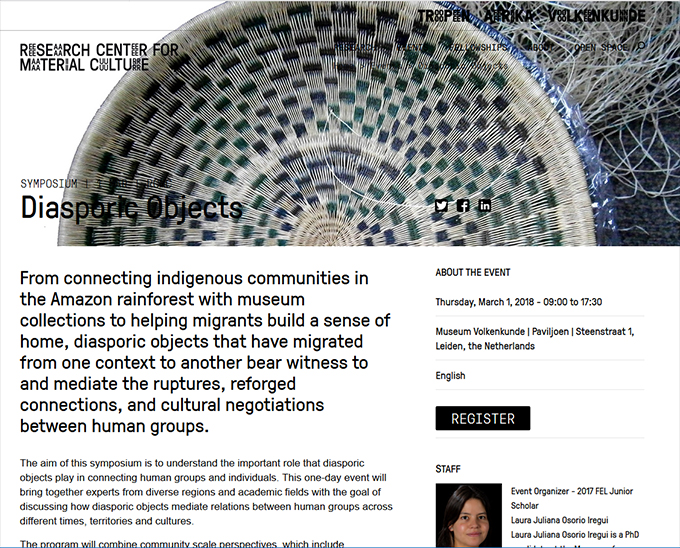 [Re:]Entanglements is part of a research project entitled ‘Museum Affordances‘ funded by the UK’s Arts & Humanities Research Council. The project is exploring the legacies of N. W. Thomas’s anthropological surveys in West Africa as a way of thinking through broader issues that museums and archives are negotiating today. Ethnographic museums in particular have large collections of objects that were acquired during the colonial era from throughout the world, and which have been on display or deposited in museum stores ever since.

One way of thinking about these collections, which have been dispersed from their place of origin, is through the metaphor of ‘diaspora‘. Like diasporas of people, ‘object diasporas’ are caught ‘in-between’ one place and another. Some diasporic populations regard themselves as exiles, forcibly removed from their ancestral homelands; others feel quite ‘at home’ in their diasporic location, but nevertheless have strong sense of connection and identification with the places from which they or their ancestors originated. This is often determined by the circumstances in which they or their ancestors left their place of origin. Were they taken by force? Did they decide to leave voluntarily?

How might the metaphor of diaspora help us understand the status of ethnographic objects in European and North American museums? Some objects were taken forcibly – confiscated, for example, as ‘loot’ during colonial punitive expeditions. Others were purchased or exchanged. We need to think about where – and how – these objects ‘belong’. How do such object diasporas connect with diasporas of people who have links to the same places of origin?

All of these issues are relevant to the Nigerian and Sierra Leonean collections assembled by N. W. Thomas between 1909 and 1915, the majority of which are held by the University of Cambridge Museum of Archaeology and Anthropology, our main partner in the ‘Museum Affordances’ project. We want to work with different communities and stakeholders in order to investigate these questions. We are also keen to contextualize our research with the object diaspora that resulted from Thomas’s anthropological surveys with other similar collections elsewhere. In order to do this we are collaborating with other museums and research centres, including the Centre for Anthropological Research on Museums and Heritage in Berlin and the Research Center for Material Culture (RCMC) in Leiden.

On 1 March 2018, we participated in a one-day symposium organised by RCMC on the theme of ‘Diasporic Objects‘ at the Museum Volkenkunde in Leiden. Here is a video of Paul Basu’s presentation.

For further thoughts on object diasporas, please see the article below.